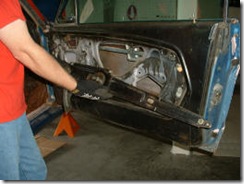 Is your Mustang window regulator worn out? Does your window roll down all by itself while you are driving down the road? This is a common problem with an old window regulator on a classic Mustang and it could possibly allow someone to enter your vehicle simply by pushing the window down. This article and video will demonstrate just how easy it is to replace a worn out window regulator on a 1967 Ford Mustang. 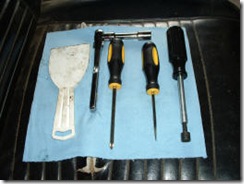 Before you can remove your old window regulator you will need to remove the window handle, door handle, arm rest pad, door panel and water shield. You will also want to disconnect the door latch rod from the door handle shaft so it will be out of the way during removal and installation. 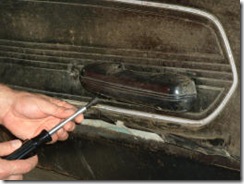 Remove the Arm Rest pad, you will need a 3/8 inch driver or socket and ratchet 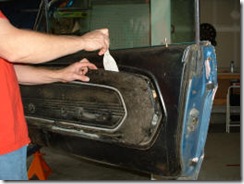 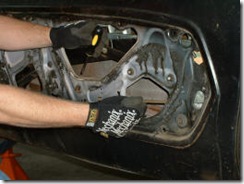 Roll your window up all the way and then disengage the door latch rod retainer from the door handle shaft, this will get the rod out of the way so you can work more comfortable. you will also have to remove the screw that hold the rod support clip so the rod will drop out of the way. 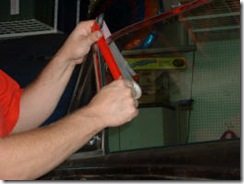 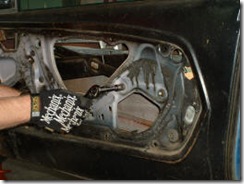 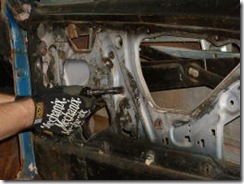 Next remove the two bolts just above the door handle shaft. These two nuts secure the window regulator to the door. 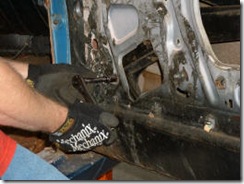 Finally remove the last two bolts that secure the window regulator to the door, they are located above and below the window crank shaft.

The last step is to slide the upper window regulator guides off of the window guide track. The procedure will take a bit of maneuvering and will require some patients. 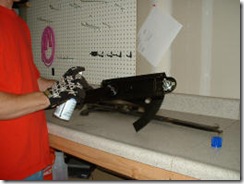 The coiled spring should be greased with lithium grease from a tub or a spray can. You should also grease the window guides and the crank shaft gear. 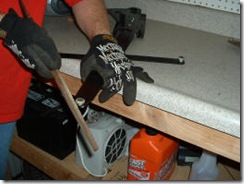 When you remove you old window regulator you may notice that sliding the rear window guide off of the window track was pretty tough because its a really tight fit in that area. To make installation easier and less frustrating you may want to file off and round the corners of the window regulator arm in that area, this will give you that fraction of space needed to make installation go smoothly.

You can purchase all of these related door parts online from aapd.net

2 thoughts on “How To Replace a Classic Mustang Window Regulator”