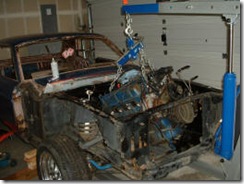 The major thing to have available for this task is and engine hoist or what some refer to it as a cherry picker. An engine leveler will make it possible to remove and install the transmission together so this is a must have piece of tooling. Aside from an engine stand you will also need a handful of tools to get the job done. 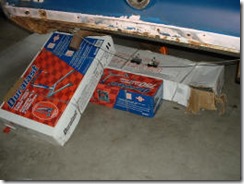 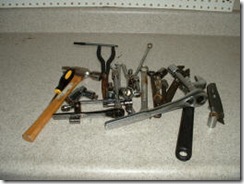 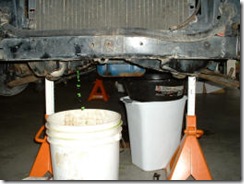 Before you begin the removal you should drain as many fluids as possible to minimize the mess and to keep you working surface stable.

Remove the drive shaft and plug the the end with a cap or with a drive line yoke if you have one available. Next remove the exhaust pipes and disconnect the speedometer cable and neutral safety switch and then remove the nuts from the transmission mount and cross brace. I also removed the headers to avoid any problem that may pose during engine removal. 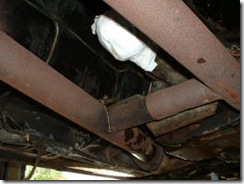 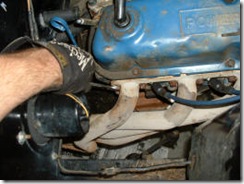 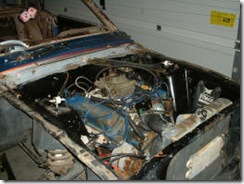 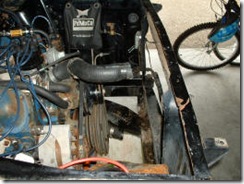 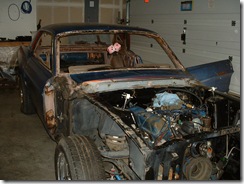 With everything disconnected and unbolted I proceed and put wheels back on the Mustang and remove the car from the jack stands.

When it is time to remove the engine its a good idea to have somebody helping you unless your very patient and very careful; I did this removal alone so it is possible and I definitely felt it the next morning.