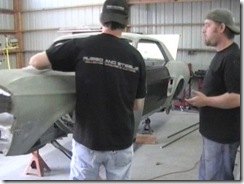 Does it make a difference if you restore your Mustang with imported or U.S. reproduction sheet metal? Should you purchase Ford Licensed or products produced with Ford tooling? I think in some cases yes, but it really depends on your budget, your goal and whether or not you are concerned about receiving a part that’s not quite up to spec.

There is always the option of going used, 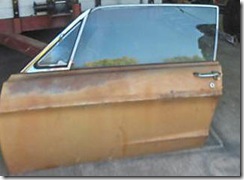 but finding good used parts can be time consuming and your definition off “good used” can differ greatly from that of the sellers view; an experience I wish I could have avoided entirely.

Project Playboy needed a replacement driver door and I was hesitant to get a reproduction fearing that it wouldn’t line up or needed a lot of work to get it aligned, so I chose to start looking for a good used driver door. 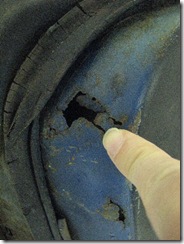 I looked at a lot of Mustang doors, drove a lot of miles and only found one door that was good enough to use but it was for a deluxe interior car and had holes in the lower interior portion where the door grills mount.

Other doors I looked at were described as being perfect and ready to install and paint, well my definition of perfect was apparently way out of scope when it came to these doors. They all had something welded, replaced or bondo’d, one of them even had a heavy coat of fresh primer on it and it looked perfect, except that the primer was still very wet and running… my quest continued. 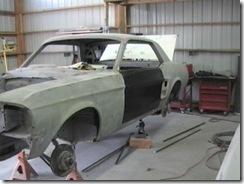 After weeks of searching, ten doors and two full tanks of gas; I finally came to the realization that going for a reproduction door would have been the most productive path to take.

I had been told that the Dynacorn Mustang door shell was pretty nice, and I also knew that Dynacorn was now producing brand new complete body shells and they included the doors, this was probably the best reproduction door out there so I put one on order. 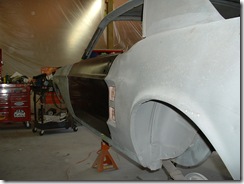 The Dynacorn door shell arrived at the body shop a few days later. I didn’t get a chance to look at the packaging but I was told it was the best the body shop had ever seen, they were impressed.

I took one of my weekly trips up to the body shop to hang the new Dynacorn door shell myself, I have to say that it fit really well. This wasn’t a precision fit procedure, I was just after a preliminary look to see if it was way off base or was indeed what I had been expecting.

Before fitting the door to the hinges a tap was ran through the door mount plates to clean up the threads. The door lined up exceptionally well without any adjustment. There was just a large gap between the door and the quarter panel that was adjusted out. I don’t think there will be any complaining about the quality of this Dynacorn door shell.