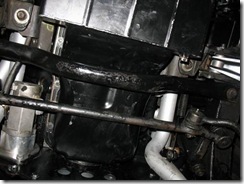 Does your Classic Mustang leak oil? Most of them do at some point, and its typically from the rear main seal at the back of the mustang oil pan. So how do you repair the leak? It’s pretty easy and if you do it yourself you can save hundreds of dollars.

This article details the procedures for removing the Mustang oil pans from you classic Mustang. Although this article illustrate the undercarriage of a Mustang, the same procedures apply to other early Ford models including the Falcons, Comets, Fairlane and other models; and applies to both the V8 and six cylinder engines. 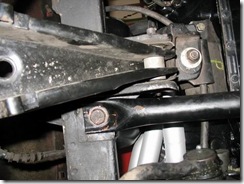 The first step is to removed the negative battery cable, raise the front of the car, and drain the oil. Then remove the tubular cross member (illustrated in the photo) that ties the front frames rails together.

The cross member is held to the frame by two large bolts, one on each side of the car. These bolts are tough to remove and may require the use of a breaker bar and cheater pipe or an impact gun. The cross member orientation is important so tag one side of with a piece of tape and mark it “driver or “passenger” so you reinstall it correctly.

You may also need to drop the front steering controls to allow removal of the Mustang oil pan. You don’t need to completely remove the steering; just unbolt a couple of things to give you the room needed to drop the pan. The idler arm on the passenger side need to be unbolted from the frame rail, and then remove the center link from the pitman arm at steering box. 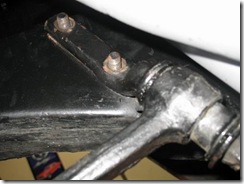 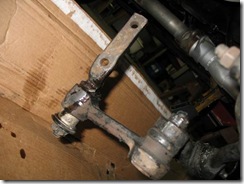 There’s a couple of tricks for separating the center link from the pitman arm; one is to use a pickle fork, the other is to loosen the castle nut up the stud so its flush and then strike it with a large hammer to break it loose. 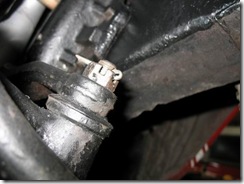 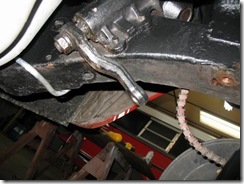 Once the steering controls are dropped you can swing them out of the way so you have ample room to access the oil pan and bolts. 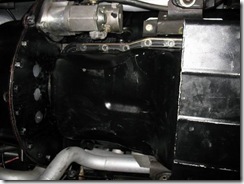 If you have a factory style starter installed you should remove it to make getting to the the oil pan bolts in this area a lot easier. The starter in this photo is and aftermarket unit and is a lot smaller in diameter so it will remain in place since it does not pose a problem.

Now your ready to remove the oil pan; a ratchet, a long extension and couple of sockets will do the job. You will probably need a screw driver or gasket scraper to slip between the oil pan and the block to work it loose. 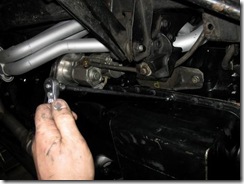 This article applies to: