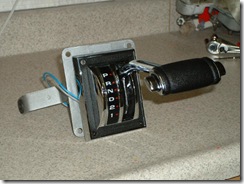 Here is another weekend project you can accomplish in just a few hours. Lets say your Mustang automatic shifter is loose and sloppy, your going to have the assembly out of the car; why not take it a step further and rebuild the entire assembly with all new parts. Watch this video, order the parts and do this project! 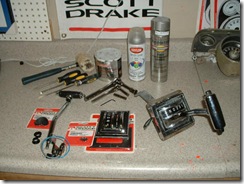 Before you can begin the restoration you either need a good core or you have to remove your existing assembly from your Mustang; for information on removing you assembly read and watch the video “How To Replace Mustang Automatic Shifter Bushings”

Get your tools and parts together

This small project requires only a hand full of basic tool: Standard and Philips screw driver, ratchet and sockets, an Allen wrench and of course a hammer. 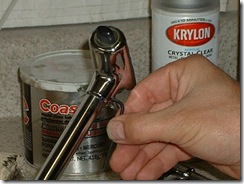 Remove the shifter handle using a very small Allen wrench to loosen the set screw; then just pull up in it. 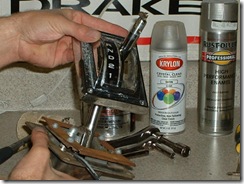 Remove the shift cover with a Philips screw driver; four screws out then lift it up off off the shift lever. 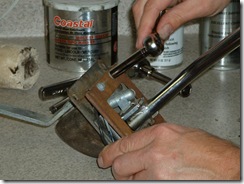 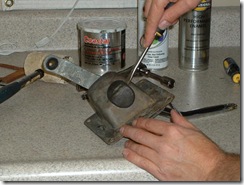 Pop out the housing plug using a standard screw driver; if this piece is in good shape you can probably clean it up and reuse it. 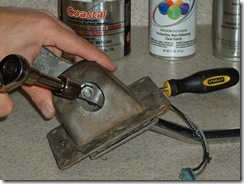 Removing the shift bracket and arm required a 9/16 socket and most likely a tap with a hammer to disengage the two from each other. 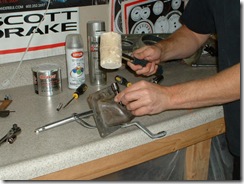 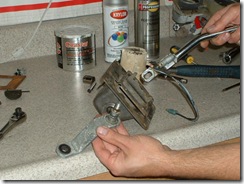 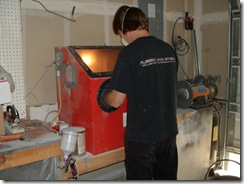 If your fortunate enough to have a blast cabinet you can get the shift housing and bracket cleaned up really nice, if you don’t have a cabinet then go with old fashioned soup and water 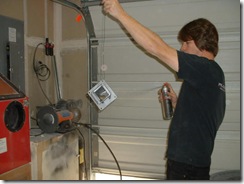 After cleaning up the shifter housing and bracket, shoot a light coat of steel colored paint on the surfaces for corrosion protection

Now it time to reassemble the shifter. Lay out all of your new and restored parts, get your tools on the table along with some grease and a shop towel.

To prevent excessive wear and provide smooth operation grease is applied to the shifter bushings where they make contact with the shift bracket; one on the inside of the housing and one on the shaft of the bracket. 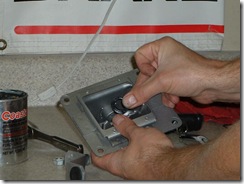 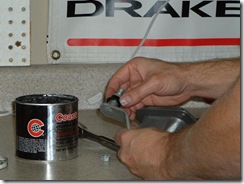 Now it time the install the shift bracket and arm into the shift housing, but before you do that you should attach the shift indicator lamp to the shift arm prior to placing it into the housing; it’s a lot easier to do this before the arm and bracket are bolted in place. 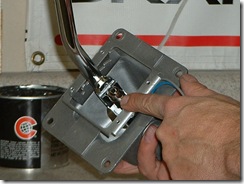 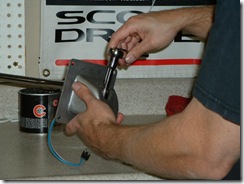 Time for an adjustment

Shift arm and bracket are installed and secure, now its time to install the shift handle and check the adjustment to make sure the shifter will engage each gear properly. 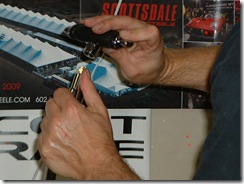 The shift arm has a cable that runs through the middle with a pivot mechanism at the top and an adjuster nut and stud at its base.

To install the shift handle use your thumb to actuate the pivot mechanism so you can get it in line to drop the handle onto the top of the lever. 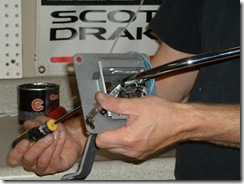 Place the shifter in the lowest gear position, get a wrench that has a curve or step down at the end so you can reach the adjuster nut from the top side, use a screw driver to either hold or turn the adjuster stud and make the adjustments needed to get the shifter working properly.

Making this adjustment now is a lot easier to do at the bench than it will be once the assembly is in the car.

Don’t forget to remove the handle once adjusted so you can continue assembling the unit. 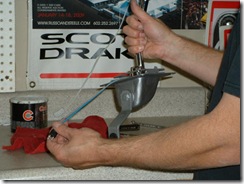 Feed the shift indicator lamp wire between the housing and the retaining plate base now, its more difficult if you try to do it later. 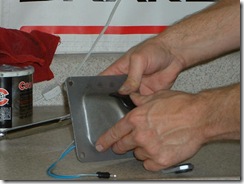 Push the new or restored shift housing plug into place 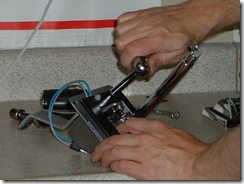 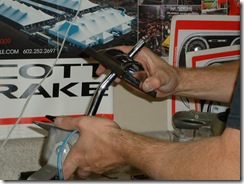 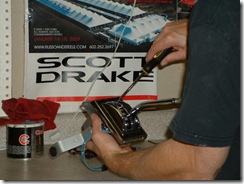 Install the handle and you done with this project! 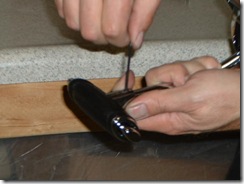 Find these parts at this link Shifter (Automatic)

4 thoughts on “How to Rebuild/Restore Mustang Automatic Shifter Assembly”